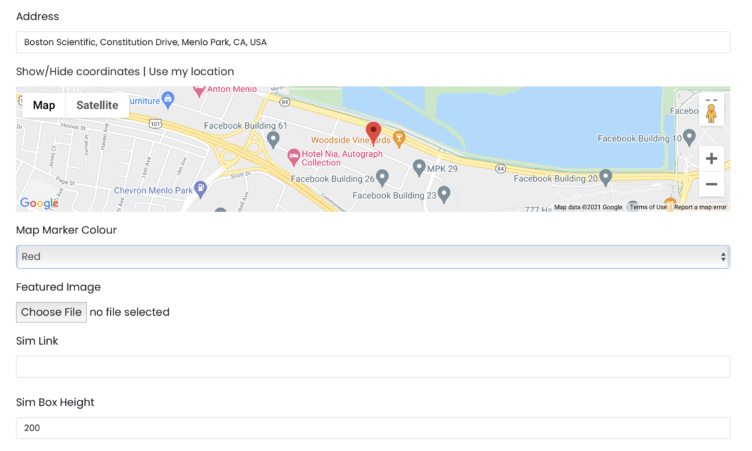 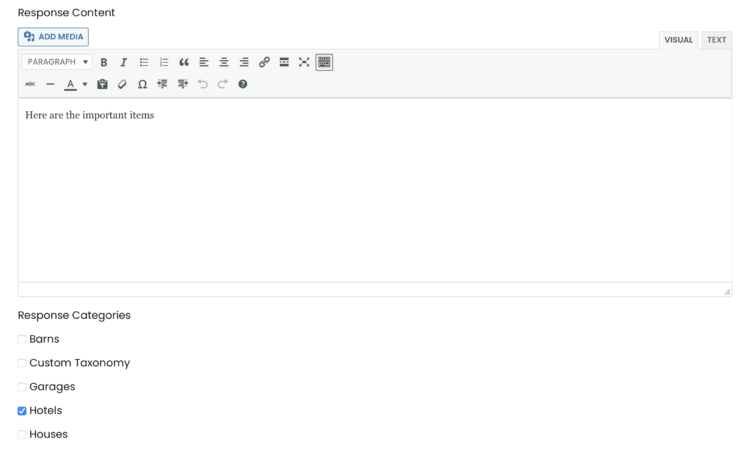 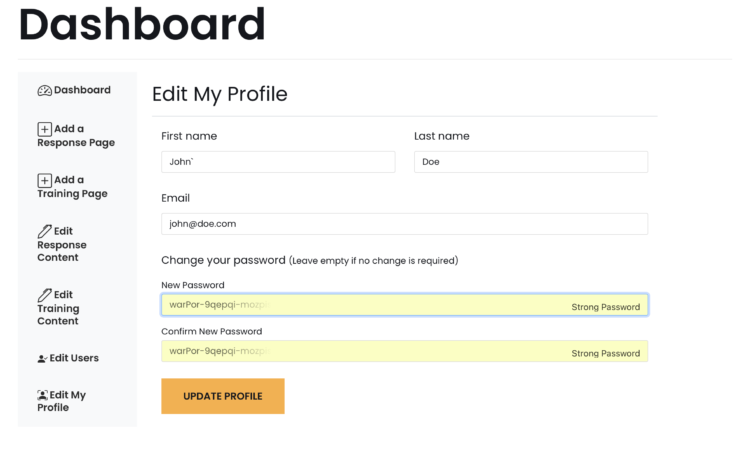 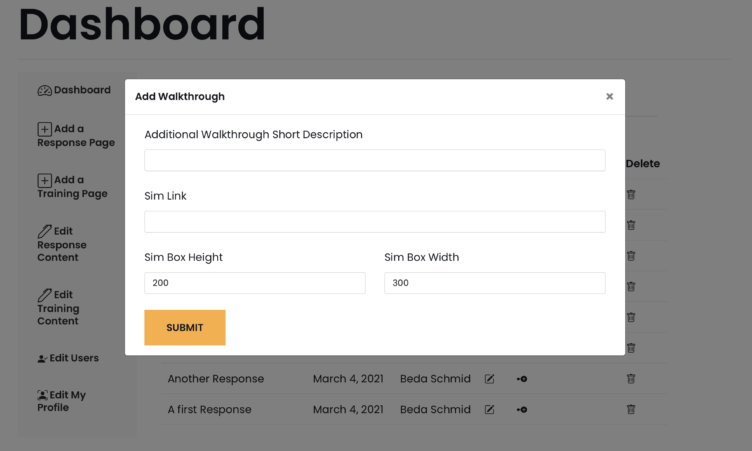 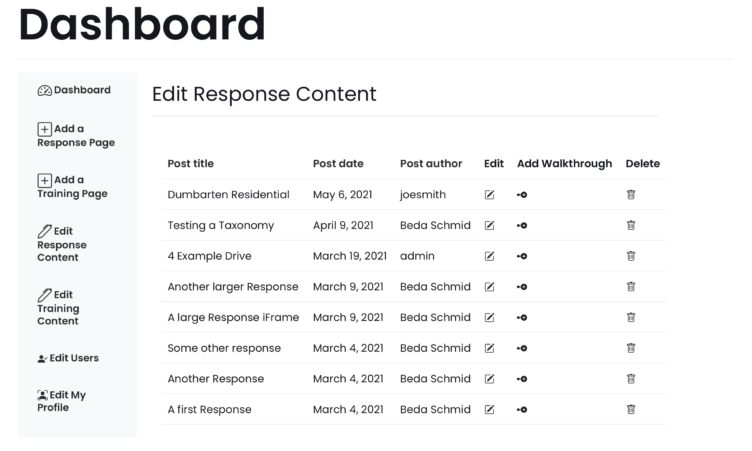 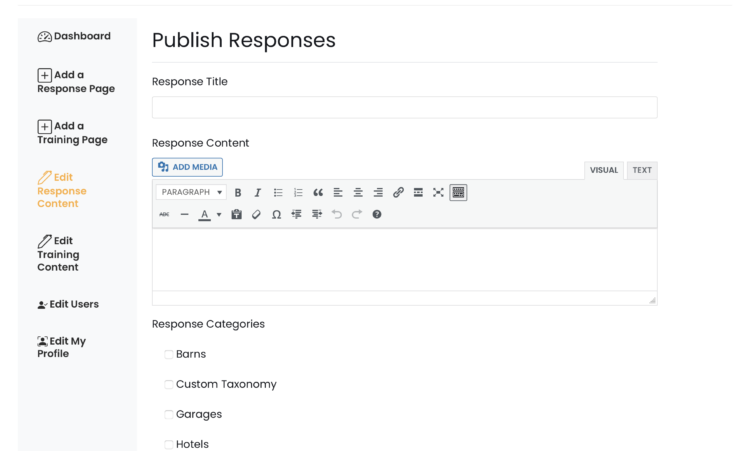 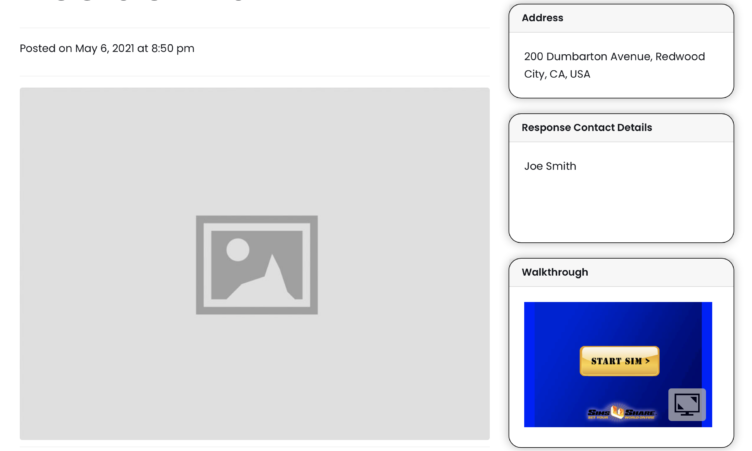 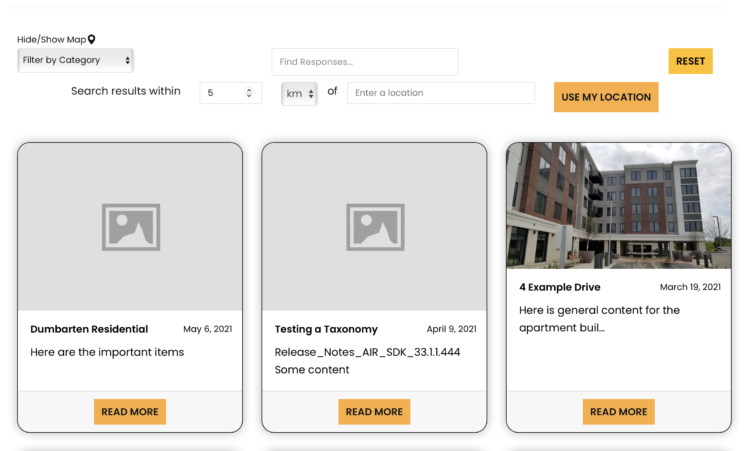 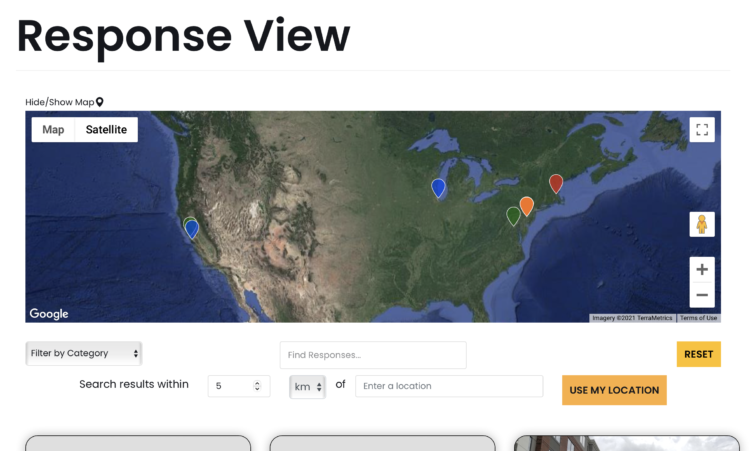 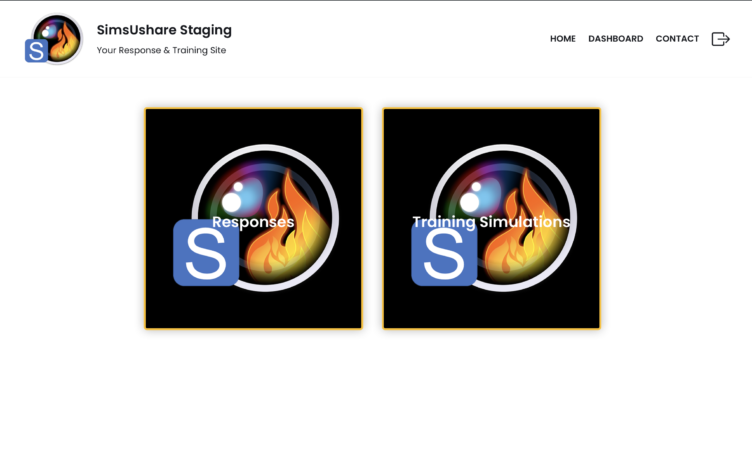 The SaaS allows to be installed within few minutes by a collaborator of SimsUshare, and then (via front end forms), the third party can start populating the system with their Simulations, thru a set of Front End Forms.

Users can sign up to view content and securely get reviewed by Administrators, as well thru front end forms, in order to be adde to the site or rejected. The Content added can be viewed thru two main lists, both plotting either Responses or Simulations on lists and respective Maps. These lists are searchable by several data sets such as address, name and specific data related to the content. The maps feature several different marker colours, chasuble by the content aggregators when adding or editing the content.

The entire system is password protected, and is modularised so it can be very quickly dep[loyed to new

Who are we Members Partners